Are you a slippery water jammer? Or do you bulldoze like an earth jammer?

Those are the questions my teammates started asking each other after a jamming clinic with Miss Tea Maven earlier this year where she summarized a theory, Elemental Jamming. Earth jammers are strong and push through, Air doesn’t want to be touched and will quickly whirl around the outside, fire has the intensity to hit hit hit, and water uses opponents to glide through cracks in walls.

I followed up with Maven who let me know Elemental Jamming is the brainchild of Optimus Grime, a skater for Manchester Roller Derby and Team Scotland. He was nice enough to break it all down for us:

“People quickly identify which they are and what they’re good at naturally, and they can identify what they’re not good at. Most people are a mix of two, the most common is air/water combined (bubble),” said Grime, who identifies as a fire jammer.

Once someone knows what they are and what they aren’t, they can focus on building up their weaker styles. It gives a common language to chunks of skills, but without a hierarchy. It’s not better to naturally be an earth than a fire. For some people, that helps them open up to their strengths and weaknesses without judgement.

“I like this as a coaching tool,” he said. “Because blockers outnumber jammers usually 80 percent of training is geared toward blockers. Jammers are generally told, ‘just do your thing’ with limited coaching. This concept gives people a simple structure of who they are, what they do naturally and identifies what they could work on. It carries on so even if you achieve avatar status, you can still think about developing your different styles. It gives an appealing structure quickly.”

Grime came up with this framework after he and his teammates Tea Virus, Phoenix and Hugs n Kisses started comparing jamming to the tribes and characters in the cartoon show Avatar: The Last Airbender. He built it up from there. The ideal is to become an “avatar” who can harness the strengths of all the jamming elements.

“It’s about jumping between style as you jump between moves. It’s about coming in placid and switching to what you need during gameplay. It opens up a spectrum of ideas and body shapes and even computer-style combos. Like try earth move then air move then fire move — it’s endless like a martial arts sequence is endless, so long as you have the ability. Unless you’re athletically inclined it’s difficult to be able to do all four because some aren’t achievable without some athletic ability,” he said.

Many people are a combination of two styles.

Some people’s cross-training informs their style.

“You’ll see patterns,” Grime said. “Powerlifters seem to be earth jammers: they’re not afraid of slow grinding muscle movements like a slow grinding deadlift and being stubborn, it’s a powerlifter mentally. I’ve seen boxers and rugby players with that fire mindset – that mindset is important to fire jamming. Air is used to keeping a set pace like runners, having that agile ability. Stef ainey was a water jammer and they used to do some sort of aggressive tai chi.”

Once you identify your natural element, you’ll want to work on a not-as-natural one. Grime suggests working only on that element, to the detriment, for at least one month before moving on.

“You won’t be successful at first and it takes control of your brain to say ‘I’m only doing this style of movements even if I don’t get lead and don’t get anywhere,’” he said.

He suggests “sparring,” going through the motions without trying to hit people down, just drilling the actual motions repeatedly and plotting out next moves.

So you want to work on it? Here are some of his tips:

Having a hard time picturing it? Grime has this video demo of some moves different styles do. This short one is good for visual learners too.

Drop how you identify in the comments.

Optimus Grime is a jammer for Team Scotland and Manchester Roller Derby. He is a coach and will be leading a small US west-coast tour after RollerCon (where he’s teaching Elemental Jamming). Grime also used to be a circus performer, acting as an acrobatic base and a unicycler. Find more of his clinics and more information on his Facebook page facebook.com/optimusgrime10 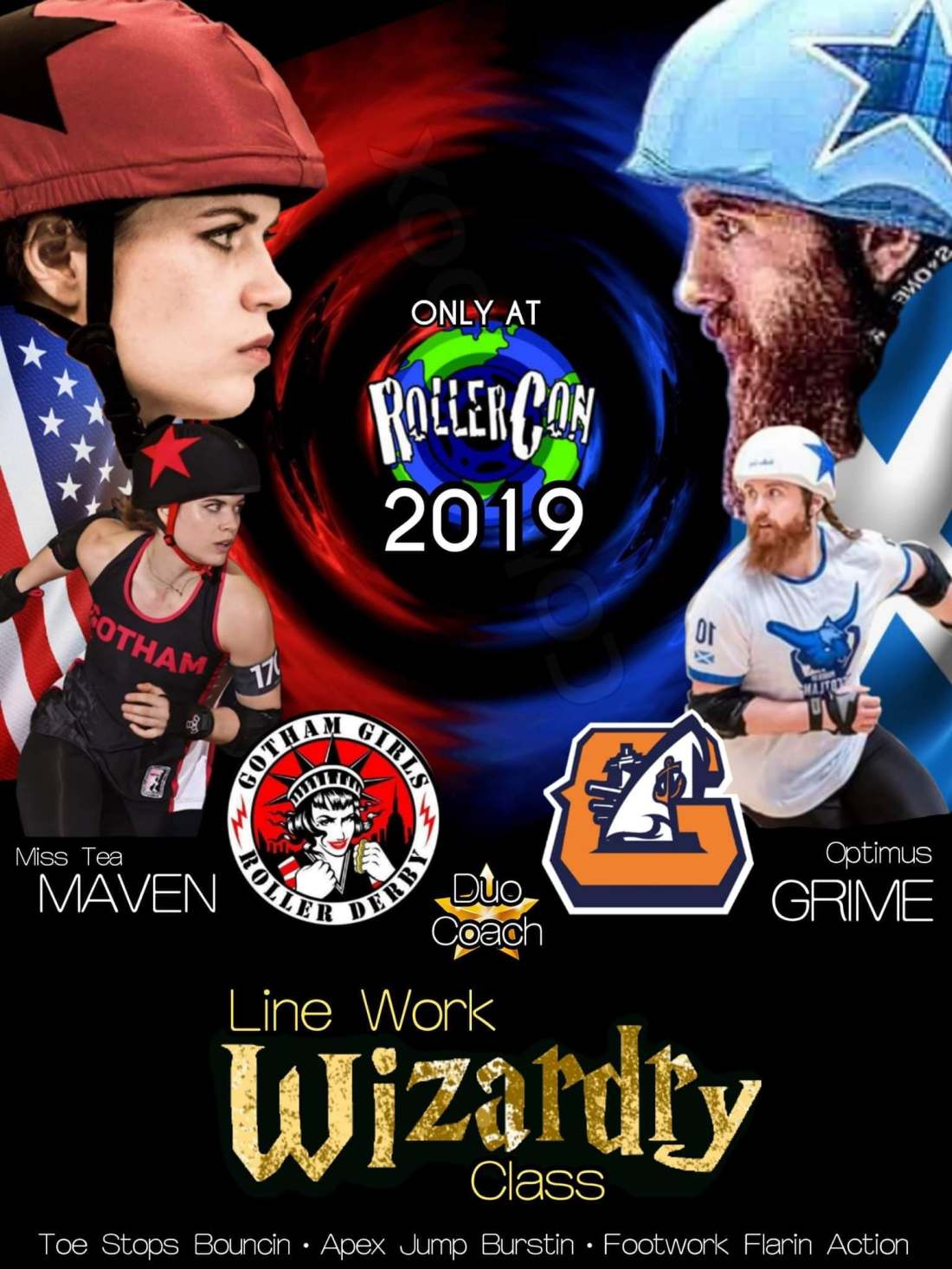